I'm no 'Mixing Guru' or any sort of professional engineer. All I know is what I have learnt by doing things myself ... and trust me, there was a LOT of crap in there!! Haha !
But it's what I LOVE doing. I had the honour and pleasure doing a lot of 'production' for tunes for my 'music buddies' living literally all over the world. I love to help out with questions .... and if I don't know anything myself (which is a lot too) ... I go out and GET the answers. There's SO many great books and blogs around, with highly technical explanations. I can't give those. I can only put things in my very own 'layman's terms'..... which may or may not always be 100% correct, but 'in general' ... you'll get the idea. So don't be TOO critical :-)

Which brings me to the whole reason for this article. Very often I get the questions.. 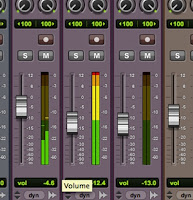 So, what 'level' IS a good level on a track when mixing?

Back in the old, analog days, an instrument or singer's mic was routed THROUGH an analog desk, and recorded on a tape machine. The desk itself didn't 'record' anything. It was primarily there to route and adjust individual mics and sum the whole bunch onto a mono or stereo signal.. that when onto tape.
The recording in those days was never done too softly, as analog channels often had a ground noise which you didn't want to hear. And pushing it up 'into the red' wasn't always bad. In fact, often that's where it had the best sound. Harmonic overtones etc. So in a way, you often worked around the 'red' (0dBVU) and you never ran into problems.
Now, if you work like that in a digital environment (0dBFS), you quickly run into problems. Why is that?

The thing is that in the beginning of digital DAWs, they actually made a 'mistake' (or let's say, they COULD have made it a little easier on us) labelling those digital meters!! Where 0dBVU was 'reference point' on an analog desk, 0dBFS is the 'point of doom' on a digital system.

NOTE!
Thanks to most DAWs working internally with 32bit or 64bit floating point calculations these days, seeing a channel in the 'red' doesn't really mean it's nessiccarily 'clipping' anymore. The calculations can often handle that. This, however, does NOT apply to the mastering channel!!! If THAT is in the red, you have a problem.
So, in order to make things easier in mixing by having a better overview ..... try to stay away from that 'red' zone on a channel in the first place.

If you have your DAW set on 24bit (or more if you really, really think you need it)  .... you have a headroom (dynamic space the audio can work within) of a huge 144dB .... which is WAY more dynamic range than any of us would ever need (or most systems can handle).

So we need to look at our digital metering a little different when recording and/or mixing on your digital systems :

Use a simple Gain plug-in (most simple EQ plug ins have an input gain too) and set it so that you have around -12dB headroom .... and set the fader at unity (=0dB)

We could go on and talk about what goes onto the mix bus etc, but just try following this first stage for now. You'll find that you'll have way less distortion on your channels, the faders being 'at 0' ... makes further working much easier, the sum on the mastering channel (keep that at 0 as well) won't be clipping either. If you need volume at this point, rather turn up your audio interface volume button.

A good basis to start working from ;-) 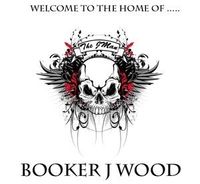 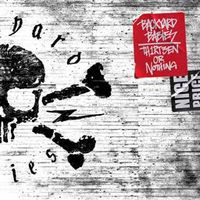 Backyard Babies - Thirteen Or Nothing 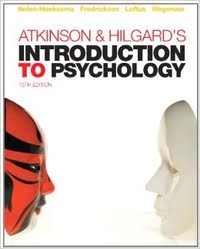